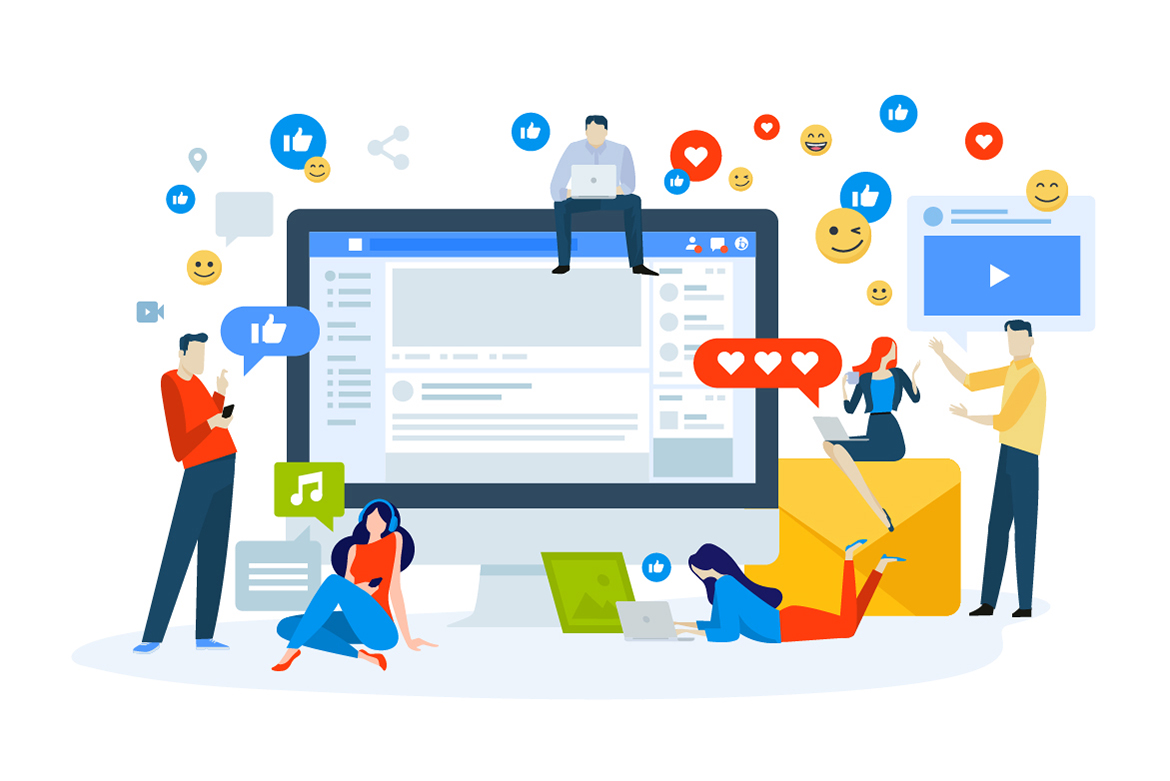 Have you heard the words “timesensitive story” or “personal lifecasting”?

Users of social media know the words very well. And advocates of social networks use stories, pictures, status updates, videos, etc. as resources for content.  Today, those timesensitive stories and your personal lifecasting are all at the heart of how social media serves its users.

By the early 2000s, it was all about the social connections.

Many argue that not just friendships, but also family ties are strengthened through social networks.

To find out what “social” really means in today’s social media landscape, ask your neighbors, friends, family:  What does “social” mean to you?  How has the meaning of the word social evolved over the years?  What level of enthusiasm do you hold when it comes to using social media?  What role does social media play in your daily life?

All of these figures show how social media’s role is no longer merely social.
Users’ daily needs and functions are both defined and serviced by how social networks position their features.

Have social networks done themselves a disservice by innovating and expanding?

Without a doubt, social media has become a “sensory extension” of consumers: we see, learn, buy, recommend and showcase ourselves and our interests on social networks. But this also means users may be overwhelmed with social content and features, and try to “downsize” to do only what comes naturally to them on these platforms rather than all of the above.

We asked social media users if they’ve made a conscious effort in the last 12 months to reduce the time they spend on social media on a daily basis, and found out that the trend is becoming very much prominent.  A minority admitted that they either had not thought about “downsizing” their use, or they’ve made an effort to decrease time spent on social networks.

Age is an important and surprising factor, too. Generation Z and millennials are ahead in making a conscious effort to decrease time spent on social media, with about half of each group admitting to having done so. Figures are lower for older age groups who are getting to know the networks at a slower pace in general.

Among those who have decreased their time on social media, almost 6 in 10 have decreased their time to “much less” or “a great deal less.” If we delve a little deeper, we may be able to make associations between gender and the reduced time spent. Women say they use Facebook less, while men say they use Instagram more than before. This reveals a shift in social media usage norms in general.

Regardless of usage, there are some who say they have made an effort to decrease their daily time spent on social media compared to last year.  Staying “connected” isn’t just about Liking a posting on Facebook.